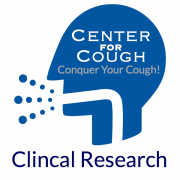 SAN MATEO, Calif.–(BUSINESS WIRE)–Afferent Pharmaceuticals, a leader in the development of small molecule compounds targeting P2X3 for the treatment of poorly managed and common neurogenic disorders, such as chronic cough, today announced positive top-line results from its Phase 2b dose escalation clinical trial of AF-219 in chronic cough patients. AF-219 is a selective, non-narcotic and orally administered P2X3 antagonist that targets the mechanism by which certain nerve fibers become hyper-sensitized and can lead to chronic and debilitating symptoms. The results of this clinical trial will be presented at a scientific meeting in the future.

“Our promising Phase 2b results demonstrate AF-219’s potential to be a first-in-class therapy, with the potential to replace the current, often ad hoc treatments that have little impact on cough frequency or result in possibly serious side effects or carry abuse potential,” said Kathleen Sereda Glaub, Afferent’s chief executive officer. “With the robust reductions in cough frequency following AF-219 treatment confirmed in this second study, we are committed to a full development program to advance this non-narcotic treatment for the benefit of the many patients suffering from chronic cough.”

Jaclyn Smith, M.B., Ch.B., MRCP, Ph.D. and professor and honorary consultant in Respiratory Medicine, University of Manchester and University Hospital Manchester NHS Foundation Trust, a leading investigator in the field of chronic cough, said “Chronic cough has widespread effects on patients’ quality of life, and a new therapy with increased efficacy and substantially reduced adverse events will have a meaningful impact and address a significant unmet need. I am excited by the consistency of the findings demonstrated in the AF-219 program, and I look forward to the continuing progress of these efforts.”

AF-219 was generally well tolerated. The incidence of decreased taste acuity, as observed in the first study at 600 mg twice daily, was much less at the 50 mg dose. Only one patient discontinued treatment at any dose in the current study, due to the taste effect.

About the Phase 2b Trial

The 29-patient randomized, double-blind, placebo controlled, Phase 2b crossover study was conducted at 10 clinical sites in the U.S. Patients were randomized to either AF-219 or placebo arms. Those in the treatment group received AF-219 50 mg, followed by a titration up to 100 mg, 150 mg and 200 mg, with each dose given twice daily for four days. Treatment period one was followed by a 3-5 day washout period. Patients were then crossed over to the alternate arm of the study and treated with either AF-219 or placebo for 16 more days.

Cough is the symptom for which patients most often seek medical attention. Pathologic cough or non-productive cough serves no functional purpose, and can occur following an upper respiratory infection. In most patients, this cough manifests itself as an acute cough lasting a few weeks. However, in some patients, sensitized nerve fibers fail to return to a normal quiescent state, resulting in sub-acute or chronic cough lasting months to years. The prevalence of chronic cough is estimated to be over 10% of adults in the U.S. While an underlying etiology may contribute to cough in some of these patients (such as GERD, asthma, COPD, etc.), many patients are not well-controlled for their cough even with treatment for such underlying etiology, or with the addition of currently available cough medications.

The P2X3 receptor, the target for Afferent’s lead AF-219, is predominantly expressed in nociceptive C-fiber primary afferent nerves that innervate most tissues and organs, including the skin, joints, and the hollow organs such as the airways and bladder. These primary afferent neurons are not important in normal physiological or defensive sensing processes, but rather become activated and sensitized under pathological conditions by a common cellular signal, ATP, such as following nerve injury, infection or inflammation.

P2X3 receptor-mediated sensitization has been implicated in inflammatory, visceral and neuropathic pain states, as well as airways hyper-reactivity, migraine, itch and cancer pain.

Afferent’s first-in-class compounds selectively target P2X3 channels in order to block the activation of these afferents by ATP.

Afferent Pharmaceuticals is a clinical-stage biotechnology company and leader in the development of novel drugs for the treatment of a range of debilitating neurogenic disorders. These disorders affect millions of patients who suffer from chronic respiratory and urologic sensory pathologies as well as chronic pain and cardiovascular disorders, and who have limited, if any, treatment options. These chronic pathologies arise when certain nerve fibers become hyper-sensitized as a result of inflammation, distress, infection or tissue injury, and sometimes remain chronically sensitized for months and even years.

Afferent is developing molecules that selectively block P2X3, a purinergic receptor, which plays a key role in the sensitization of these nerves. Afferent’s lead molecule, AF-219, is a first-in-class P2X3 antagonist, and is being developed for the treatment of chronic cough. For more information on the company, please visit Afferent’s website atwww.afferentpharma.com.