75% of the U.S. population does not know that volunteering for a clinical trial may offer them a treatment option for their medical condition that is not available to the general public. Most doctors don’t participate in clinical research because of the intensive quality, administrative, and regulatory scrutiny.  Since most of us trust our doctors to guide our treatment and most doctors don’t participate in clinical research, many patients don’t know to ask about clinical research options and don’t know how to find them on their own. Thank You for being your own best advocate and finding Clinical Research Center at Center for Cough.

I went to see Dr. Sher about 4 years ago with a chronic cough I got from radiation in 2001. My cough is awful and it is a very, very hard cough. He has tried so many things and if it hasn’t worked, he tells me he won’t give up on me, I still have other things I’m working.

He is involved in a research program that includes a a pill they are testing. It is a very big success in Europe and I was the first patient to try it. It worked while II was on the pill I did not cough. I was so happy as he said from the start, “don’t give up on me and I didn’t. The next survey doesn’t start until January of 2017 every time I go and see him I ask him where is my pill.

I think he is the best! I have been to so many doctors since 2001 and they all told me there is nothing they can do and I would have to live with the cough but Dr. Sher never gave up on me he keeps looking for something to help me . I think he is the greatest I even made him a t-shirt that says bow ties are cool it also has a bow tie I embroidered. Thanks Dr. Sher for everything you are doing for me.

I was suffering from Chronic Cough for years.  Dr. Mandel Sher and Center for Cough team have helped me achieve great results.  I’m coughing less and now know how to identify the early warning signs of a cough attach and nip it in the bud before it begins.

One of the treatment options they offered me, was volunteering for a clinical trial of a cough study drug.  I was a bit nervous but Dr. Sher and his caring,professional and knowledgeable research team answered my questions and created a welcoming and comfortable environment. The process was well-organized and Dr. Sher and his team were very accommodating about scheduling.  And, the study drug worked!  In addition to benefiting from the study drug myself, I feel so good that I helped with the research for new cough drugs that will someday help others.  I would definitely volunteer for another clinical trial.  Thank You Dr. Sher and Center for Cough! 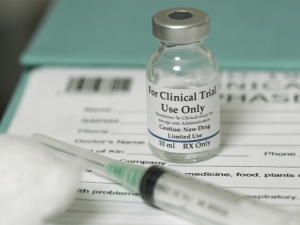